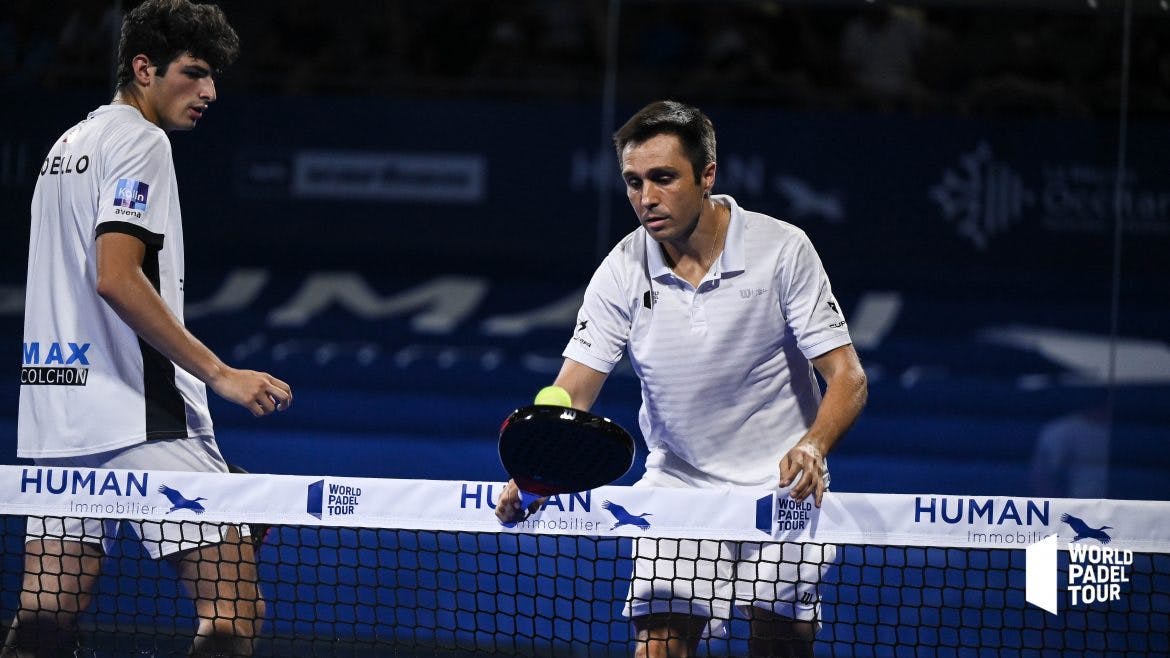 Fernando Belasteguin and Arturo Coello failed to win against Sanyo Gutierrez and Agustin Tapia in the World Padel Tours France Open quarter-finals. They lost 6-1 in the deciding set.

The team quickly fell behind in the hot conditions of Toulouse in the south of France. But after a surprisingly tough three-setter in the round of 16 against Pablo Lijo and Alvaro Cepero, Bela and Coello couldn't hold out in the third set against Sanyo Gutierrez and Agustin Tapia. After two even sets, 4-6, 6-4, Sanyo and Tapia could win comfortably 6-1 in the third and deciding set.

Sanyo Gutierrez and Agustin Tapia are Fernando Belasteguin's two old partners. They are in good form but did not make it all the way to the final in France. They then lost the semi-finals to Juan Lebron and Alejandro Galan.

This week there is a new tournament when the Valladolid Masters will be played. Fernando Belasteguin and Arturo Coello will enter the tournament on Tuesday, facing Swedish Daniel Windahl and Argentine Christian Gutierrez.