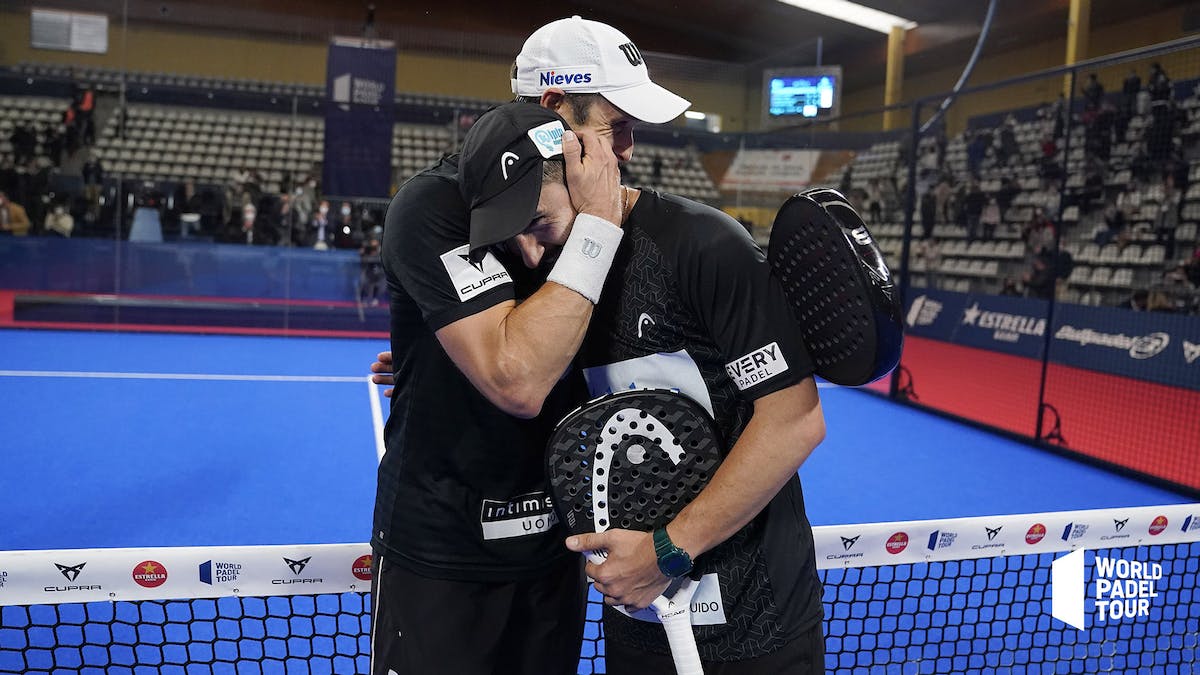 Bela and Sanyo wins their second title of the season

Despite a small injury on his calf, Fernando Belasteguin, with Sanyo Gutierrez, wins their second title of the year. In the final of Vigo Open, they won against Paquito Navarro and first-time finalist Martin Di Nenno in three sets.

Once again, Fernando Belasteguin and Sanyo Gutierrez accounted for a great comeback. The final result was 4-6, 6-4, 6-2, the same result as yesterday's semi-final.

The win means the second title in three tournaments for the new star pair Fernando Belasteguin and Sanyo Gutierrez.

The game ended after two hours and twenty-one minutes, and Paquito Navarro and Martin Di Nenno started the match best.

— They started better. We were thinking about tactics. We were thinking more about the injury in the first set. But we took the match where we wanted it to be. Tactical we were a little bit better today, Sanyo Gutierrez said to the WPT broadcast after the match.

As always, when Paquito Navarro plays at his top level, it was a psychological game with many talks in between the points.

— I had to do my best to look after the leg today. If we continue to adapt, we will continue to do better than many other pairs. I want to say thank everyone in Vigo that was here today. I hope this arena is full next year, Fernando Belasteguin said.

Their opponents Paquito Navarro and Martin Di Nenno have been a disappointment in the earlier tournaments and been eliminated in the round of 16 and quarter-finals. The newly formed pair for the season finally got their teamwork in Vigo, but it was the more experienced Sanyo and Bela who came out as winners.

The pair have now won in Madrid Open and Vigo Open.

Bela and Sanyos way to the title in Vigo Open