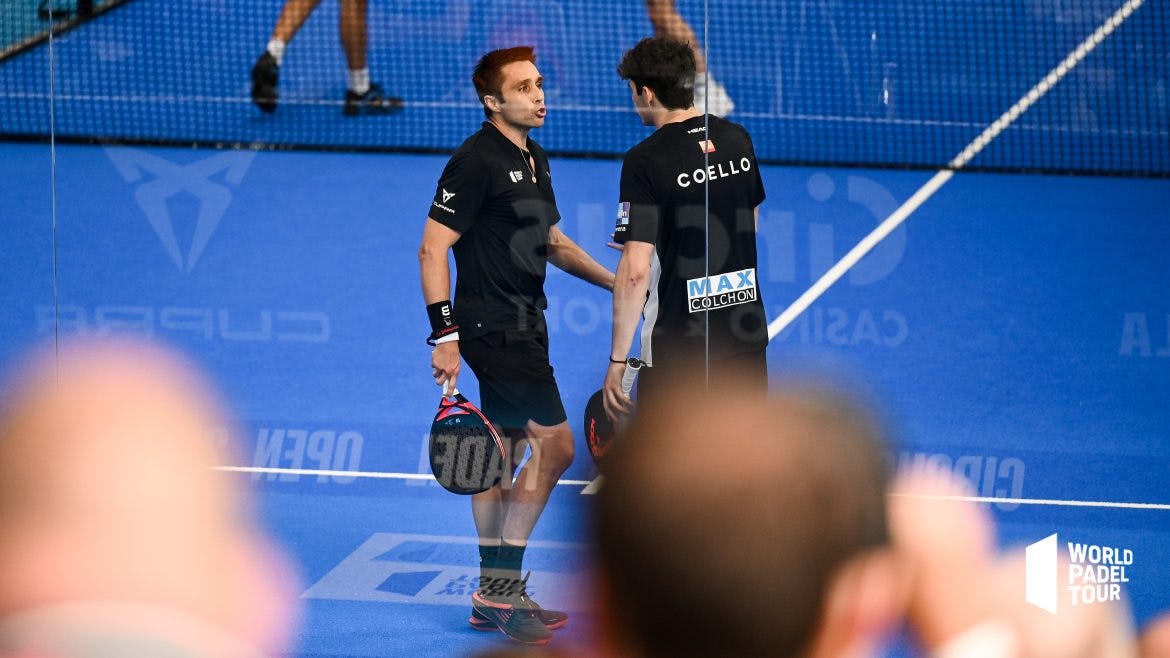 Bela missed the chance — eliminated in semi-final against new couple

Fernando Belasteguin and Arturo Coello created an excellent chance for themselves to reach the final of the Brussels Open. But in the semi-final against the new pair Franco Stupaczuk and Pablo Lima, it wasn't enough.

Fernando Belasteguin was at his most successful with Brazilian Pablo Lima, and for many years they dominated as the world's best couple.

Last Saturday, they faced each other in the semi-finals of the Brussels Open. Bela and Coello then faced the newly formed pair of Franco Stupaczuk and Pablo Lima.

Once there, Argentina's Stupa and Brazil's Lima were the strongest, winning in two straight sets to reach an impressive final in their first-ever tournament together.

In advance, it was a dream opponent to get in a semifinal of a World Padel Tour. Bela and Coello had secured the position in the semi-finals by knocking out Federico Chingotto and Juan Tello in three straight sets in the quarter-finals. In the round of 16, they won steadily in two consecutive sets against talented Javi Garrido and Lucas Campagnolo.

The competition was won by Juan Lebron and Alejandro Galan. The pair's second title of the year. The next competition is the Danish Padel Open on the World Padel Tour, after which the Italy Masters in Premier Padel will be played.