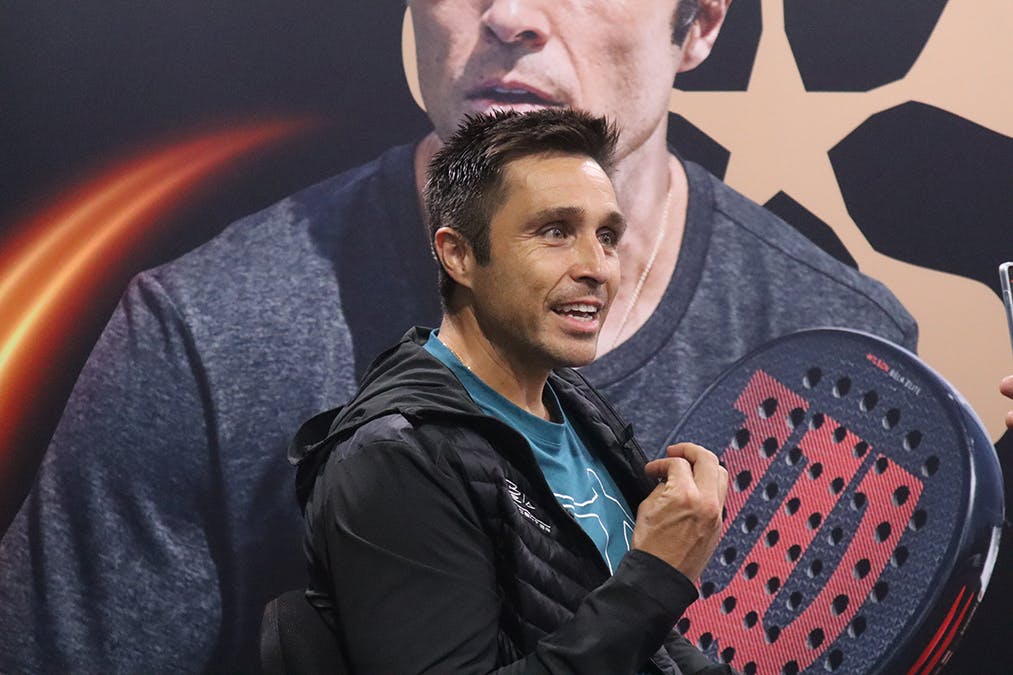 Interview with Fernando Belasteguin: ”The player's freedom is essential”

In an exclusive interview with Fernando Belasteguin from the Qatar Major, the first competition of the Premier Padel Circuit. He talks about the new circuit, the conflict with the World Padel Tour, and the future of the sport. ”El Rey” also invites other actors like APT and WPT to join the PPA and FIP in the future.

— The FIP and the players set the conditions for the future of professional padel, Bela says.

What do you say about your start of the season so far?

”I had faith that I would win a tournament with Arturo, but I didn't think it would be so fast that it would be the first one. And the fact that it was the Miami tournament, an international tournament, where Wilson's headquarters are in the USA… I am very happy. Then we reached the round of 16 in Reus, quarterfinals in Vigo - where I think we played very well”.

And now, you are here for the first Premier Padel tournament in history. What do you say about it?

”It's the beginning of a new season, it's a tournament in Doha, but there will be more tournaments around the world. Here is the beginning because they were the ones who have helped us along with FIP to promote the circuit, but in the coming months, we will go to other capitals of the world, and I do not doubt that it will be a spectacular success”.

In the middle of the Vigo Open, you got the news of fines totaling €12.5 million on the top 20 players in the world. How to justify

”It's difficult to play with people who don't understand that they can do their tournaments and we can go and play elsewhere. And the question arises: "Why didn't you say it before? We have been with WPT for nine years," and the answer is that the players association was created in December 2021, and it is the first time in the history of padel that the players are SO united. And I can assure you that my joy is enormous that we all go together with the same goal, to make padel great. So, we are going to fulfill the contract with WPT, and we are going to play all the events in 2022 and 2023, but we will also play the Premier Padel circuit. Which is the circuit of the future. From 2024, all the people and the organizers who want to help us make padel great, let them come. But from here on, what changes is that the FIP and the players set the conditions of the future of professional padel. But in 2024, we will welcome anyone who wants to join, WPT, APT.... to all the organizers around the world who want to make padel great and who work with love for padel. Welcome and join us. We will be happy to go down that road together”.

How worried are you about the WPT fines? How is the talk among your players?

”We are concerned because they are asking us for excessive money, which in padel never existed. We think that nobody can be your owner, we have the right to work wherever we want. The only thing we ask for is the right to work freely, nothing else.”

What is the main difference between playing this tournament compared to all the others you have played in your long career?

”Everything revolves around the player here, which is the most important thing, and I have always maintained that. In the equation of professional padel, the organizers can change, and the federations can make changes, but what is never replaced is the player. That's why I'm so happy that we are united”.

Do you understand the WPT's decision to fine you?

”I'm not going to talk to you about WPT. I'm going to say that we players want to be free because we consider that this is how it should be for the sport to grow. There can't be an owner. We have to go all together in the same direction, and the player must be considered in the decision-making process”.

How important is it for you that the prize money is increased in padel with this tour? ”It is important, but there have already been offers with similar prizes. Here, there is something that cannot be quantified, and that is the player's freedom, which is not compared with any prize money. The player's freedom is essential in this Premier Padel project”.

There are not many people in the stands in Doha. What's it like to play here? ”We knew that not many people were going to come because padel is a sport that is just starting here. It was clear to us. Among the players, we commented that in Doha, we would play with a few people in the stands, but this project had to start, and it had to start here, in Doha. You will see that it will be crowded in the second tournament, which will be in a European city”.