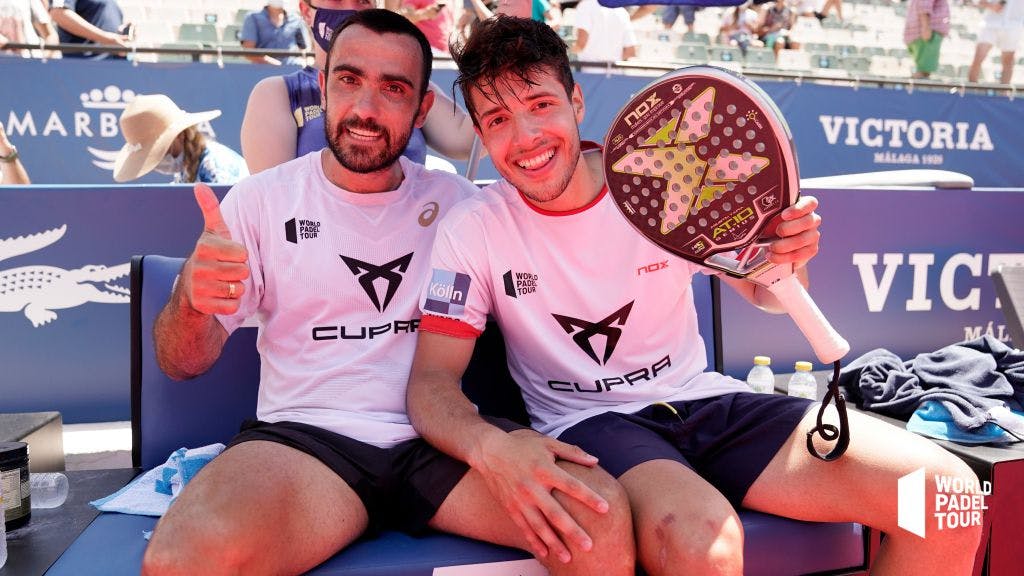 Agustin Tapia and Pablo Lima were before season one of the teams predicted to fight for titles. Now they have the chance after a win against Uri Botello and Javi Ruiz.

MARBELLA. The first set was wide open, with Uri Botello and Javi Ruiz having a break for much of the set. But Tapia and Lima came back and were able to win the set in a tiebreak, 7-6.

In the second set, Tapia and Lima started well. At 4-1, Uri Botello was forced to cancel the match due to injury.

This means that Agustin Tapia and Pablo Lima are ready for their first final of the season. They will face the winners in the other semi-final between Paquito Navarro/Martin Di Nenno and Juan Lebron/Alejandro Galan.