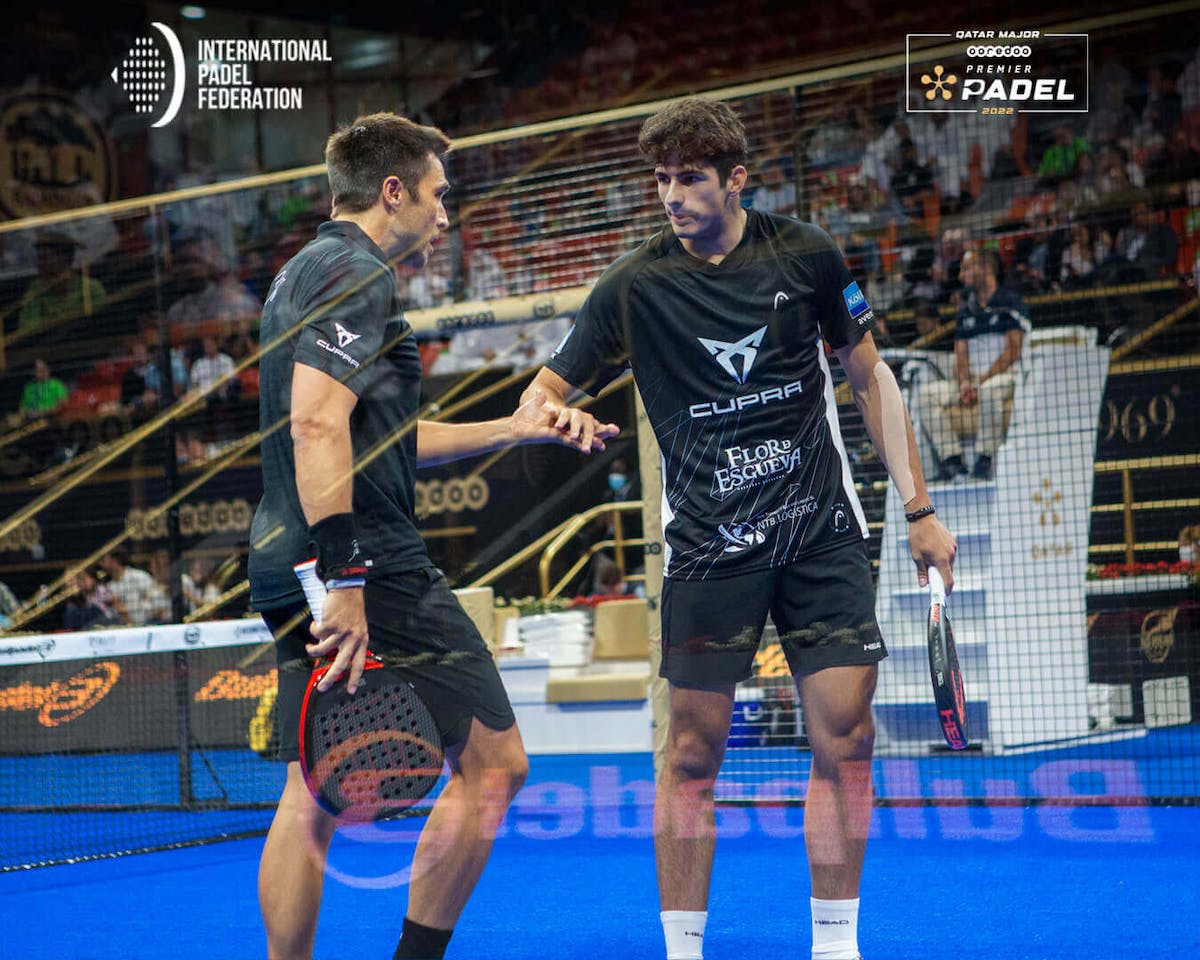 Fernando Belasteguin and Arturo Coello seemed to thrive in the fast-paced conditions in Doha, Qatar, where the first of the new Premier Padel tournaments was held this week. In the quarter-finals, however, the world number ones proved too difficult.

It was in the eighth round of the Qatar Major that Fernando Belasteguin and Arturo Coello were at their most convincing. They won 6-1, 7-5 against the tough opposition of Mike Yanguas and Coki Nieto, who were in the semi-finals of the Reus Open a few weeks ago.

There was no doubt beforehand that the powerful Arturo Coello would thrive on the fast surface that prevailed in Doha. The young Spaniard also had to take on a lot of responsibility on the track, often stepping far into Belasteguin's side to smash.

In the quarter-finals, however, Juan Lebron and Alejandro Galan were too tough. There they lost in two straight sets. Galan and Lebron then progressed to a final where they lost to Paquito Navarro and Martin Di Nenno.

Otherwise, Fernando Belasteguin praised the first competition of Premier Padel and claimed that this tour is the future of padel.